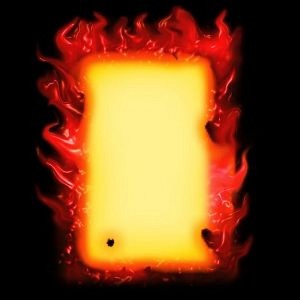 Brace yourself, gentle reader, because I am about to do something I do not generally do. I am going to ask you to drop everything and do something.

In this case, read something. And it isn’t on this blog. It isn’t even something I wrote.

But I strongly believe it is one of the most important things you can read right now, especially if you want to be a writer, or already are a writer, whether you self publish or publish through New York.

I know many self-publishers have been gleefully predicting the demise of Big Publishing for months, sometimes years. I am skeptical of this, simply because their pockets are so very deep. We will lose some smaller publishers, and some big ones will morph into something quite different than what we knew in the before-time.

But with backing from the prodigious bankrolls of their parent corporations, I think a lot of publishers will stumble through and continue. They will feel the crunch of this sudden change, and they will respond to it by tying writers up in bad contracts.

Not every New York deal is a bad deal. I have said before, the only important thing is to make sure that you understand exactly what you are getting & giving when you sign any contract. Make sure you have reasons for accepting the deal; reasons will be fulfilled by the contract you sign.

But be aware that many contracts harbor hidden demons–rights in perpetuity, rights of first refusal that sound harmless but may keep you from sending out anything until the current work hits bookstores, at least, non-compete clauses that may seal off your created universe to you forever, should your publisher decide to drop you. And ebook royalites.  Horrible, horrible ebook royalities–perhaps the only light in the darkness for publishers right now.

Paperback sales are tanking, Borders is gone, traditional book sales are circling the drain with reduced shelf space at every available outlet, the midlist is defecting to self-publishing–and publishers are still making money.

How?  Kris Rusch lays it all out:
http://kriswrites.com/2011/11/16/the-business-rusch-how-traditional-publishers-are-making-money/

Read it, pay careful attention, and remember what you learn. Common wisdom is that publishers were blind-sided by the ebook revolution. I don’t know, learning that tradition publishers began negotiating ebook royalties separately–and negotiating them down to a pittance through brute force–ten years ago makes me look at that differently. They are huge, lumbering mammoths who take a long time to change direction–perhaps that is why they start planning ten years in advance, when everyone else thinks what they are arguing is unimportant.

I’m not saying run away from any deal that comes your way. I’m saying be careful. These increased profits these publishers are so proud of are made up of money that would have gone to the writer in the past. We are swimming in a big, rough, open ocean, and these guys are more than willing to push you underwater to save themselves from drowning. Do you really want to swim with a buddy like that? Be certain before you sign.

The wolf may not be at the door. He may be in your living room, and he may be holding a contract.

One response to “Wake Up, Writers!”

This site uses Akismet to reduce spam. Learn how your comment data is processed.